It Rings, Sings, Downloads, Uploads. But Can You Stand It?, in The New York Times, starts with an anecdote that describes me perfectly: “You would think that he’d be wildly enthusiastic about the new third-generation, or 3G, cellphones that play video and music. But instead, he seems less than impressedâa reaction that could spell trouble for Sprint, Verizon Wireless and other providers that have spent billions of dollars upgrading their networks to lure customers to their high-speed 3G systems.”

Indeed. I was invited to the Sprint Power Vision Ambassador Program not long ago (see Consumerist‘s offer and reaction). Sprint delivered to me a shiny new Samsung multimedia phone with full access privileges and six months of unlimited usage, free of charge. I found it exciting to be a part of a beta program, and intriguing to be an ambassador, a chance for me to play BzzAgent from the inside.

Instead, I’ve turned out much like the article describes. The phone, while robust, is difficult to navigate. The features, while included, require my activating a subscription, making me skeptical of fees and reluctant to say yes to anything. And while I do want a new phone, I have hardly used my free ambassador toy, since my old phone does what I want it to do (make calls, send text messages and take the occasional photo) just fine. The Times is right: convincing ordinary phone service subscribers to bump their services is going to be an uphill battle.

Interestingly, the ambassador program has left me feeling like a bit of a heel. I was handed a cell phone with the works, free, in exchange for discussing it on my blog, and this is the first it’s come up. I hope to figure out Verizon’s call forwarding so I can turn the Sprint phone into my primary for a while. But then there’s a phone book to migrate, and that 816 number they gave me, and I’m not sure if and when I’ll ever use the streaming video….

Sunday at its best: 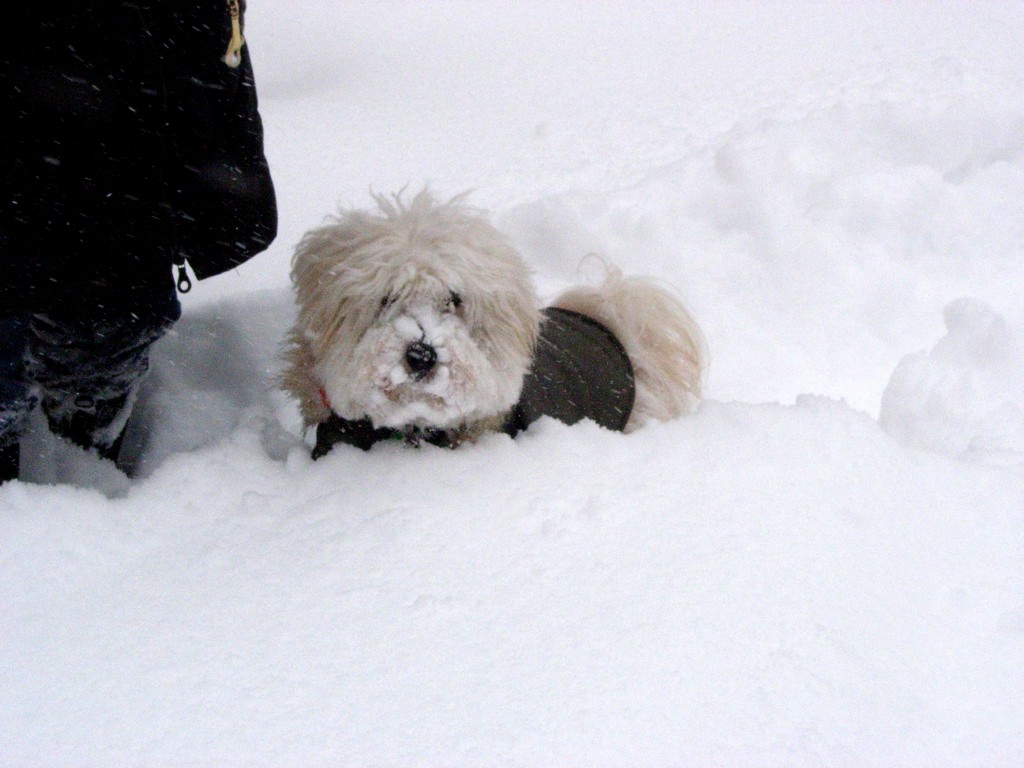 Because it’s been awhile:

~ How are you? Me, I’m ready to diet and exercise more regularly. I hope to go to yoga (yoga! for the second time!) tonight.

~ Somehow I made it through the past two weeks without posting about the weather. The latter half of January was way too warm for my tastes. What will July bring?

~ Remind me to tell you sometime about my jinxed Hawaii vacation.

~ One of the few consistent joys in life is owning a dog. (You know, this guy.)